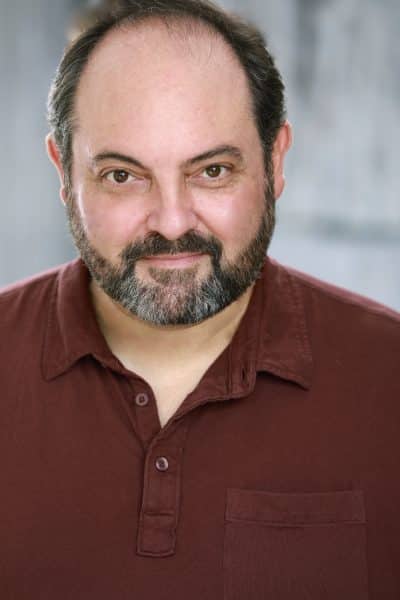 Roland can be seen as Jack Lapidus in the feature film THE PRODUCERS (2005), currently streaming on Peacock. If you listen carefully you can also hear him singing as a soundtrack vocalist. Roland can be found as Figaro in COOP AND CAMI ASK THE WORLD, Season 1, Episode 7, currently streaming on Disney +. You can see Roland as Frank in the first BEARCITY on Amazon Prime Video and iTunes. He has also appeared on THE MACY'S THANKSGIVING DAY PARADE (Twice!) on NBC; GUIDING LIGHT on CBS and FROM BROADWAY WITH LOVE on PBS. He stars in the upcoming Paul Guay (writer of Liar Liar) comedy short WHO GUARDETH THE GUARDS. On stage he is known for his appearances in The Broadway and Toronto Companies of THE PHANTOM OF THE OPERA, directed by Hal Prince. He has appeared in nine productions of SWEENEY TODD: a notable one was for New York City Opera at Lincoln Center For The Performing Arts, also directed by Hal Prince. Other productions of SWEENEY include Reprise! at The Ahmanson Theatre in Los Angeles,  Seattle's 5th Avenue Theatre,  Sacramento Music Circus and South Coast Rep., as well as several others at regional theatre across the country. Other New York appearances include A CHRISTMAS CAROL at Madison Square Garden, directed by Mike Ockrent, choreographed by Susan Stroman and adapted by Lynn Ahrens and Alan Menken; JERRY SPRINGER: THE OPERA in concert at Carnegie Hall; KISMET at New York's City Center; THE PRINCE AND THE PAUPER at The Lambs Theatre Off-Broadway; as well as Rodgers and Hammerstein's CINDERELLA and THE MOST HAPPY FELLA, both with New York City Opera at Lincoln Center. Roland has appeared in the first national tour of THE ADDAMS FAMILY; the first national tour of the revival of KISS ME KATE and a regional tour of CAMELOT.

Roland's regional theatre appearances include LIVING ON LOVE at Asolo Rep.; LEND ME A TENOR at Bay Street Theatre; LIMELIGHT: THE STORY OF CHARLIE CHAPLIN at The La Jolla Playhouse (later CHAPLIN on Broadway); THE MOUSETRAP and THE PRODUCERS both at The Maltz Jupiter Theatre; FIDDLER ON THE ROOF at Portland Center Stage;  BEAUTY AND THE BEAST: A CHRISTMAS ROSE ( A Christmas Panto) at The Laguna Playhouse; GUYS & DOLLS at Houston's Theatre Under The Stars (TUTS), Maine State Music Theatre and Music Theatre of San Jose; SOMETHING ROTTEN at Musical Theatre West; HAIRSPRAY at The Norris Theatre; LAUGHTER ON THE 23rd FLOOR at The Garry Marshall Theatre; OLIVER at Sacramento Music Circus; CANDIDE at The Ahmanson Theatre; TARTUFFE at American Stage; FIRST DATE at Actor's Playhouse; CASA VALENTINA at Gable Stage; the American premiere of A SAINT SHE AIN'T at Westport Country Playhouse and The Berkshire Theatre Festival. Roland joined Actors' Equity Association by appearing in the world premiere of the musical FLORINDA (later LA CAVA in London) produced by Dana and Albert J. Broccoli, producers of the original James Bond films. Roland has directed BAT BOY: THE MUSICAL at Portland's Funhouse Lounge and directed and adapted the script of the world premiere of THE OVERVIEW EFFECT at Portland Center Stage's Ellen Bye Studio. Roland has guest lectured at UCLA's Ray Bolger Musical Theatre Program and he is a graduate of the Los Angeles Country High School for the Arts (LACHSA) and The Pacific Conservatory of the Performing Arts' (PCPA) actors training program. 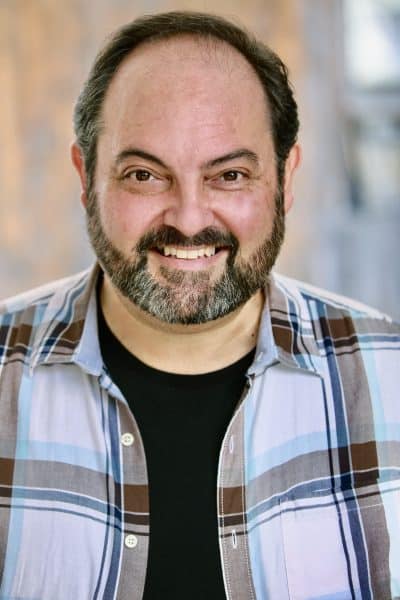 Hey! Aren't you that guy? 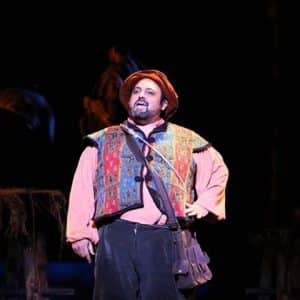 Sancho Panza in Man of La Mancha at La Mirada Piangi in The Phantom of the Opera, Broadway with Anne Runolfson Paraviccini in The Mousetrap at The Maltz Jupiter 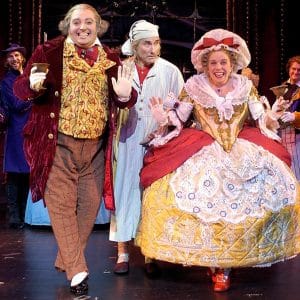 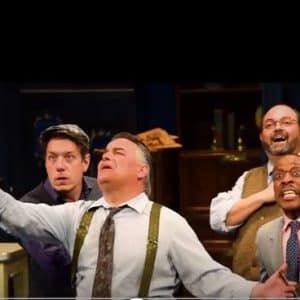 Val in Laughter On The 23rd Floor at The Garry Marshall Theatre. With Pat Towne, John Ross Bowie and Cornelius Jones Jr. 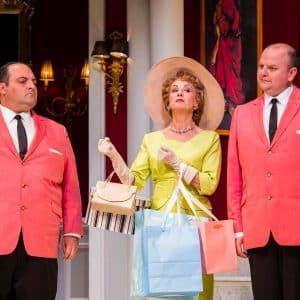 Eric in Living On Love, Asolo Rep with Rebecca Caine and Matthew McGee Bessie in Casa Valentina at Gable Stage. With Ryan Didato. Figaro on Coop and Cami

Jack Lapidus in The Producers 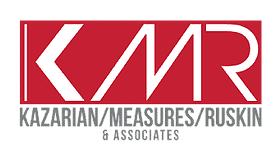